This is a tutorial for a regency hairstyle that was inspired by Elizabeth Bennet’s hair in the 1995 Pride and Prejudice BBC mini series. Enjoy!

Step one ~ Part the front section of your hair beginning from behind your ears to the top of your head on both sides, then tie them out of the way for now.

Step two ~ Tie the back section of your hair in a high pony tail and divide a small section at the top and tie it out of the way for now.

Just before we go on, if you don’t want the face framing curls in this hairstyle, grab your two front sections then twist them a little and wrap them around your pony tail’s hair tie.

Step Three ~ With the hair in the larger section of the pony tail divide it into three sections, two of them will be equal amounts and one slightly larger. Grab one of the smaller sections, then twist it a little and wrap it around your hair tie pinning as you go.

Grab the other smaller section and repeat the last step.

Step four ~ Now grab the larger section and repeat the last step, make sure all the ends are tucked in.

Step five ~ Now grab the small section (that we tied off from the start) and divide it into two sections then curl them both. Try to intertwine them together after curling.

Step six ~ Section some small neat parts in the front face sections and divide that section further into three, then curl them.

Step seven ~ Continue until all hair is curled.

Step eight ~ If your curls are too long pin one of the upper or middle kinks of the curl to your head.

Yay! We’re done. You now have a lovely, elegant hairstyle.

Now not only your fine eyes will be pleasing to Mr. Darcy 😀 The Happiness You Already Have

Memories are treasures
that time cannot destroy,
They are the happy pathway
to yesterday's bright joy.
H.S. Rice The Richness in Kindness

It's not fortune or fame
or worldwide acclaim
That makes for true greatness,
you'll find
It's the wonderful art
of teaching the heart
To always be thoughtful and kind!
H.S. Rice A Prayer of Thanks

Thank You, God, for the beauty
around me everywhere,
The gentle rain and glistening dew,
the sunshine and the air,
The joyous gift of feeling
the soul's soft, whispering voice
That speaks to me from deep within
and makes my heart rejoice.
H.S. Rice Step by step we climb day by day
Closer to God with each prayer we pray
For the cry of the heart offered in prayer
Becomes just another spiritual stair
In the heavenly staircase leading us to
A beautiful place where we live anew . . .
So never give up, for it's worth the climb
To live forever in endless time
Where the soul of man is safe and free
To live and love through eternity
H.S.Rice The Beauty of Spring

God lives in the beauty
that comes with spring
The colourful flowers,
the birds that sing
And He lives in people
as kind as you,
And He lives in all
the nice things you do.
H.S. Rice

Life is a highway
on which the years go by,
Sometimes the road is level,
sometimes the hills are high . . .
But as we travel onward
to a future that's unknown,
We can make each mile we travel
a heavenly stepping stone!
H.S.Rice 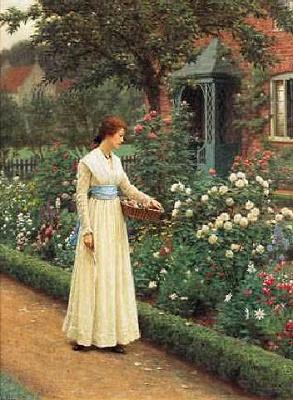 Take Time to Be Kind

Kindness is a virtue
given by the Lord
It pays dividends in happiness
and joy is it's reward.
For if you practice kindness
in all you say and do,
The Lord will wrap His kindness
around your heart and you.
H.S.Rice

Memory builds a little pathway
that goes winding through my heart.
It's lovely, quite, gentle trail
from other things apart.
I only meet when traveling there
the folks I like the best,
For this road I call "remembrance"
is hidden from the rest,
But I hope I'll always find you
in my memory rendezvous,
For I keep this little secret place
to meet with folks like you.
H.S.Rice

Finding Faith in the Flower

Sometimes when faith is running low
And I can not fathom why things are so,
I walk around the flowers that grow
And learn the answers to all I would know . . .
For among my flowers I have come to see
Life's miracle and it's mystery,
And standing in silence and reverie,
My faith comes flooding back to me.
H.S.Rice

The Garden of Friendship

There is no garden
So complete
But roses could make
The place more sweet.
There is no life
So rich and rare
But one more friend
Could enter there.
Like roses in the garden
Kindness fills the air
With a certain bit of sweetness
As it touches everywhere.
H.S.Rice 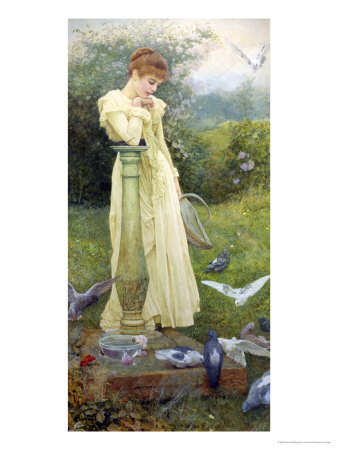 Take heart and each minute
with faith in God's Great love,
Aware that every day of life
is controlled by God above . . .
And never dread tomorrow
or what the future brings-
Just pray for strength and courage
and trust God in all things.
H.S.Rice